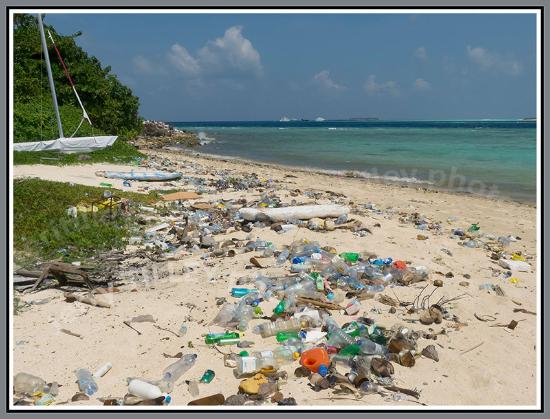 Walking along the beach on a Sunday afternoon in Darwin, Annika and I found so much rubbish we had to keep finding bins to empty our hands.  The beach in front of Sky City Casino is popular with amny people.  We saw three separate games of beach volleyball happening, many people having a sunset picnic and plenty of people walking or running with dogs or partners.

Annika and I can’t walk along a beach without cleaning up plastic.  he thought of it getting into the ocean and possibly killing animals makes us want to pick up every piece we find.  The beach isn’t all that long, maybe a kilometre at most.  The seas to the north is open and hence we can get a lot of rubbish from Indonesia which recently got rated second worst country (behind China) for marine debris per capita. But I can tell you know, nothing we collected yesterday came from Indonesia.  The number one thing found was bait bags.  Masterbait.com.au was the main culprit.  Now MasterBait do their best with the slogan on the top asking people to dispose of the bag thoughtfully, pop it in the bin, not on the beach, but yet, we found at least 7 bags.

We also found lots of party items like cups, cans, forks, straws etc. Was this due to valentines day having so many beach picnics?

I have been thinking for a long time, what would happen if you made the manufacturer responsible for the rubbish found.  i.e if you found 7 bags on the beach from Masterbait, could you send images to the council and they send fines to the company.  In Australia we are allowed to ‘Dob in a Tosser’ when people throw rubbish out the window of their cars.  What would happen if we ‘Dob in a manufacturer’.  We always see McDonalds wrappers and rubbish everywhere near McDonalds stores so if they had to be responsible for the rubbish they hand out, do you think that manufacturers would find better solutions to packaging?

Plastic is so convenient to package goods.  It’s cheap, it seals products in but the long term effect is massive.  Once that plastic is produced, it will survive forever.  It may break up into little pieces, I maybe burnt and end up in the atmosphere but it will last forever.  Imagine if Masterbait, for instance, made you bring your own container. Imagine if their bags were compostable?  Then their bags wouldn’t be on the beach advertising their product in all the wrong ways.  What if McDonalds said bring your own cup and refused to hand out straws.

The only real way to make this happen is to make them responsible for the rubbish that they produce.  I understand 100% that it can be seen as the consumers responsibility but where in the law does it say that when I buy the item, I am responsible for the packaging?  I’m not a lawyer so maybe this is in the unwritten law but it is worth thinking about.  I’d love to see a council allow you to ‘Dob in a manufacturer’

What do you think?