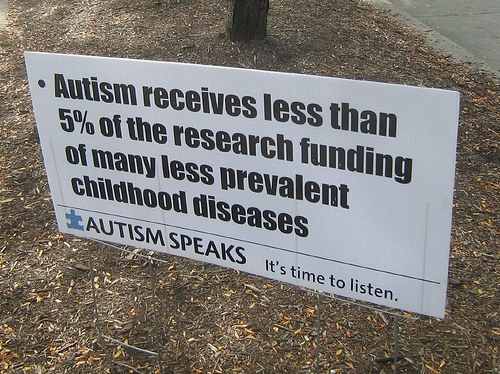 I was asked by a friend the other day if Plastics have anything to do with Autism?  We had been discussing how recent studies have proven that the BPA’s and other chemicals in plastics cause issues such as ADHD, genital defects and even obesity but I had never looked into this so I decided to do some research for him.

I found this article by Jennifer Lance from Eco Child’s Play.

When you consider the amount of food we heat in plastics, the bottled milk we are fed when we are a kid but more importantly the plastic toxins we are taking in as adults, especially pregnant women, well maybe we need to start looking at plastics and refusing to use them.  They are a hazard to our oceans and it is becoming ever increasingly obvious that they are a hazard to our health.

If your life has not been touched by a child with autism, you friend’s probably has.  Autism rates are on the rise leaving parents, doctors, and scientists scrambling to find a reason.

Vaccines are often blamed, as the increase in the number of childhood inoculations seems to correspond with the increase in autism; however, a new theory is being proposed.  “Extreme Male Theory” blames endocrine disrupting chemicals (EDCs) for autism.

EDCs are commonly found in plastics. From phthalates to BPA, EDCs have been blamed for obesity and genital defects.  Extreme Male Theory “speculates that autism is caused by something changing a fetus’ hormonal balance that then leads to over-masculinization of the developing brain.”  Dr. Harvey Karp writes for The Huffington Post:

This theory, proposed by Dr. Simon Baron-Cohen and colleagues, speculates that autism is caused by something changing a fetus’ hormonal balance that then leads to over-masculinization of the developing brain.

Could that “something” be the slurry of hormone-altering chemicals we’re exposed to every day? Are EDCs the reason autism-type disorders are 4-9 times more common in boys? (Vaccine side effects never show such lopsided impact on boys versus girls…a glaring fact that is totally ignored by those promoting the vaccine theory of autism.)

Here is where the very interesting link to EDCs comes into play: EDCs often act as weak estrogens and estrogen feminizines the body, but in a fetus’ developing brain estrogen actually has the opposite effect…it causes masculinization.

The fact EDCs has the opposite effect in fetal brain development gives credit to this theory.   Dr. Karp believes that in three to four years we will have answers directly linking EDCs to autism.  He also does not entirely refute that vaccines may play a role and supports additional studies to:

1) the autism risk in vaccinated vs. unvaccinated kids; 2) the metabolism of vaccine ingredients (like aluminum, added to make shots work better), 3) more accurate determinations of the true incidence of autism. (The number of kids getting autism is unclear. Some studies suggest that much of the autism spike is just a labeling shift: kids who used to be labeled “mentally retarded” increasingly are being labeled as “autistic.”)

Whether EDCs cause autism or not, we know they are bad for our health.  It’s time to permanently remove these chemicals from consumer products.