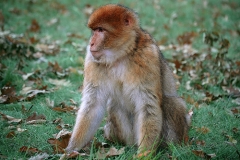 In a recent article I referenced a study saying that Bisphenol A (BPA) can cause Autism but it stretches so much furhter than that.  Another study in the USA has now shown that this same toxin can cause Breast Cancer.  Here is the article from the San Francisco Chronicle.

A new study of fetal exposure to BPA, a plastic additive found in some food  packaging, shows that the chemical altered mammary gland development in monkeys.

The researchers reported that the changes they observed in the monkeys  reinforce concerns that BPA – bisphenol A – could contribute to breast cancer in  women.

The research was published Monday in the Proceedings of the National Academy  of Sciences. For this study, the researchers fed pregnant rhesus macaques a piece of fruit  containing BPA every day during their third trimester of pregnancy. The monkeys’  blood levels of BPA reached about the average level that BPA has been observed  in human blood in the United States, said Patricia Hunt, a geneticist at  Washington State University  and one of the study’s authors.

After female offspring of these BPA-exposed monkeys were born, the  researchers looked at their mammary glands. They found changes in the glands  that give rise to dense tissue – something that in humans is a risk factor for  breast cancer, Hunt said.

Earlier studies by Ana Soto and Carlos Sonnenschein, also authors of the new  study, found that exposing rodents to small amounts of BPA could change their  mammary gland development and lead to precancerous and cancerous lesions when  the animals exposed as fetuses became adults.

“We think that our results suggest that it is very likely that fetal exposure  to BPA would also increase the propensity to develop mammary cancer in monkeys,”  Soto said.

The sum of all the findings “strongly suggest that BPA is a breast carcinogen  in humans and human exposure to BPA should be curtailed,” she said.

The Food and Drug Administration has said that BPA is safe. On March 30, the  FDA rejected a petition by the Natural Resources Defense Council to ban it. The  FDA then said that more studies were needed.

The American Chemistry Council said the new study was faulty and didn’t alter  its view that BPA is safe. Other studies have convinced regulators in the United  States, Europe and Japan that BPA isn’t a carcinogenic hazard, said the  council’s Steven Hentges.

The ‘convenience’ of plastic is killing us slowly.  It doesn’t pay to be LAZY!!!!