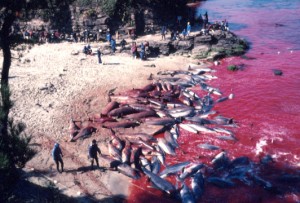 We have been working very closely recently with the team from Save Japan Dolphins.  This fantastic group is lead by Ric O’Barry, for trainer of TV famed dolphin Flipper.  When Flipper swam into Ric’s arms and decided to stop breathing due to her depression, Ric transformed from famous dolphin trainer to campaigner for freeing captive dolphins and stopping the senseless slaughter of these amazing creatures. An opportunity came up for our yacht racing team to race in the 2013 Melbourne to Osaka Yacht Race.  Using this race as a base, we will combine the billboard of our race yacht with the education program to teach students across Australia and Japan of the many issues our oceans are facing, especially the issues Dolphins and Whales face.

Founder Ian Thomson stated ‘I have been following Ric’s campaign ‘Save Japan Dolphins’ ever since I saw the movie ‘The Cove’ for the first time.  Knowing that so many Japanese know nothing of the slaughters and also of the whaling side of things, means an education program at their youth will give the next generation the knowledge to assist in changing habits.  They may be young but they are powerful.  I’m really looking forward to working with the team from Save Japan Dolphins and their Australian chapter run by Liberty Miller to make the most of this event.’

On arrival in Japan Ian is looking at visiting Taiji to do what he can to raise awareness of the situation and he has also been invited up to the Mikura Islands where locals successfully run Dolphin interaction tours.  There is so much more money in tourism for swimming with  dolphins and seeing them in their natural habitat rather than killing them so to prove that would be fantastic.

Ian also said that it will be an honor and a privilege to work with such a great campaign and a worthy cause.