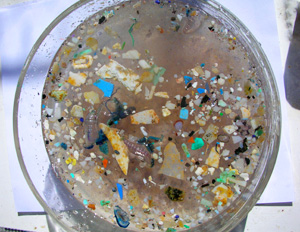 February 15, 2012 Thommo
Whilst the current whale season is one of the best I can remember, another creature is really struggling.  The number of reports of stranded turtles in Queensland in the last month are at record highs.  In one week in Gladstone’s Boyne river there were 55 separate reports of sick or dead turtles.  This is believed to be due to the floods earlier in the year as all the sea grass in the region is contaminated or gone.  6 weeks ago I pulled out the 8th dead turtle in my life, a juvenile Green turtle approximately 15 – 20 years old.  Marine Parks observed that the throat had something in it and the bottom area was enlarged as though it was trying to pass something.  It was quite possibly trash that the turtle had consumed that took it’s life. James Cook University in Townsville has recently started a study into turtles and are focusing on the amount of plastic turtles are consuming.  With figures around the world increasing to show a possible 90% of all sea turtles having plastic remnants in them, studies like this are going to be very important.  Over the last month I have had many calls and e-mails regarding strandings.  One friend who is in France reported a turtle found with no less than 350 pieces of plastic in it’s stomach, another from California had a turtle found alive that was struggling to digest anything.  They removed a piece of plastic from it’s digestive tract and over the following month it defecated 78 different pieces of plastic. Some people say that our oceans are clean yet Eco Barge Services pulled out 300 kilos of trash from our islands on Monday.  The North Pacific Garbage patch, a revolving trash can north of Hawaii now contains enough rubbish to cover Australia in 3m of trash.  A lot of this is tiny pieces of plastic so small they are the same size as plankton.  A study last year proved a ratio of 45:1 pieces of plastic to plankton, up from 6:1 in the same study in 2000.  These are just a few statistics, if I told you the rest I’d need the whole paper.  We need to respect our backyard, for many of us we rely on our oceans for a living.

You can make a difference to our oceans in your everyday lives by using less plastic.  Using alternatives are just a matter of us not being so lazy.  Plastic is commonly a convenience item however it isn’t so convenient in the long run, not to our marine life and also the fact we have to clean it up.  It’s simple, plastics are like diamonds, they last forever.  Our marine life aren’t so strong.